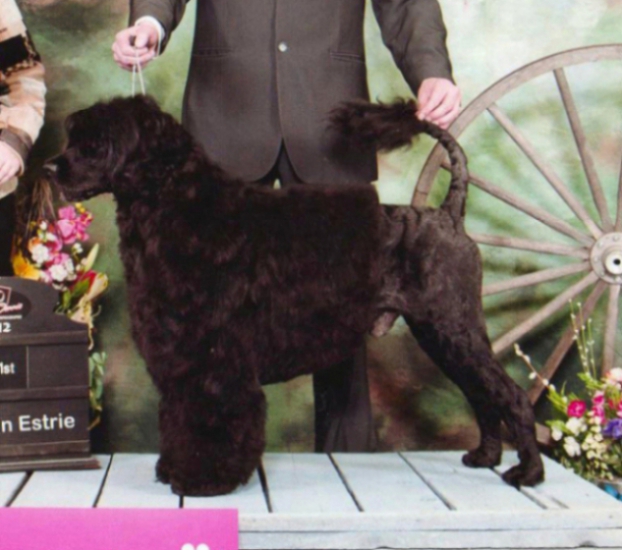 Chronos is a black wavy. He is about 22 inches tall and weighs around 57 lbs. He is a solid boy in terms of both temperament and physical make-up

Here’s a little insight into Chronos from his breeders–“He is a loving, cuddly, happy dog. This is an exceptionally agile, strong and energetic animal, yet he is obedient, friendly and gentle. He loves people and even some of the cats in the neighborhood are his friends.

Chronos comes from a line of significant dogs in the breed. His breeding was planned for a long time even before he was born. Chronos’ accomplishments in the ring are numerous starting by multiple group wins in Canada and ranking in the top five in the breed for two consecutive years 2008 and 2009. But he most notable wins are the Award of Merit at Westminster Kennel Club in 2008 and the BISS at the Working and Herding Specialty in Summer 2009.” 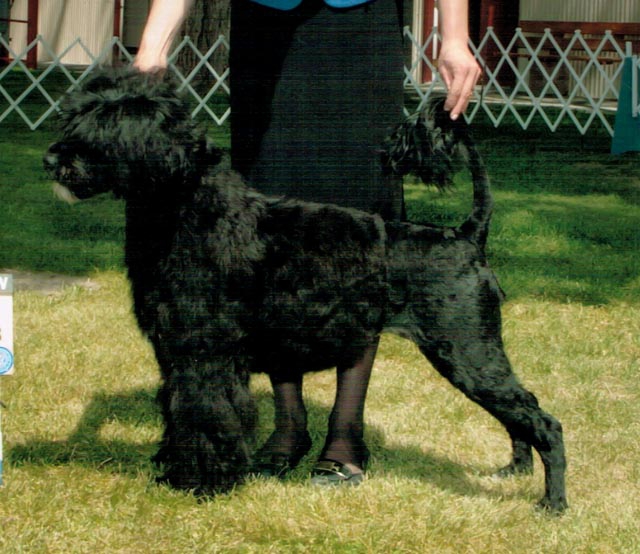 Cutter is a sound, healthy girl with incredible intelligence and athletic ability. She loves to learn and is always adding to her repertoire of tricks. She is a black wavy with white markings on her chest and chin. She is 20” tall and weighs 55 pounds.

Cutter lives with a Coast Guard family and therefore the “WHEC” in her name. She is a High Endurance Cutter with endless energy and is an tireless ball chaser.

Upon completion of her AKC championship, Cutter “got busy” with training for agility competition. After maternity leave, she has plans to get into the agility ring and add some titles to the end of her name. Several siblings from her litter have gone on the excel in water and agility and the breed ring, and all have far exceeded the expectations of their families making wonderful companions and family dogs.

The litter consisted of 6 boys/1 girl, all wavy, and all black.

Yesterday was the epitome of the perfect fall day, if [...]

Nothing these girls like better than helping me cook;-) Holiday [...]

Wrapping up Fall with a Blast of Winter

Summer was fabulous but the time came to close down [...]

Summer is winding down…enjoy the pool while you can!

Fable is a joyful girl! Flattened water bottles are [...]

Water dogs will be water dogs….

Jiffy and Harvey have been having fun at the beach! [...]