Now 2 1/2 weeks old, all are at or well above 2 lbs. All eyes are open and they are starting to really motor around. Today they are spending lots of time mouth-measuring each other, barking, and vaulting over the pig rails in the whelping box.

Lots has been written about early neurological stimulation of neonatal puppies and other animals. The theory, in summary, is that mild stress early in a pups life provides them with the mechanism to cope better as adolescents and adults. Over the past 10 days or so each pup has had a daily round of stimulation in hopes of getting them off to the best start possible.

The stimulation exercises have you take each one and hold them upright, head down, on their backs. In addition, you tickle them between their toes adn expose them to cool, wet object. Stimulated pups have been found to be more exploratory and active. They also tended to do better in competitive situations, being calmer, making fewer errors, and only occsionally distressed in stressful situations. On the whole more adaptive and able to cope with their environment.

This early stimulation is the first stage of development where we can have an impact and influence how the pup will grow up. The next stage is socialization and is especially important from 4 weeks until 16 weeks. More information on that in the coming weeks.

They’ll be looking forward to your visits in another week and a half or so. 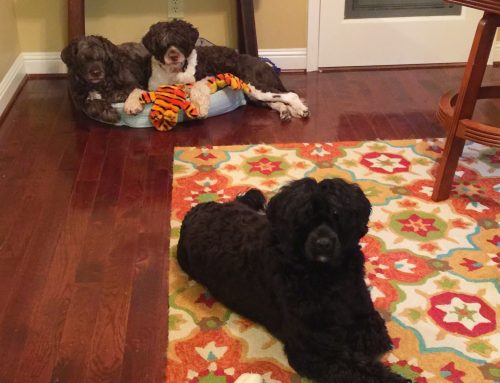 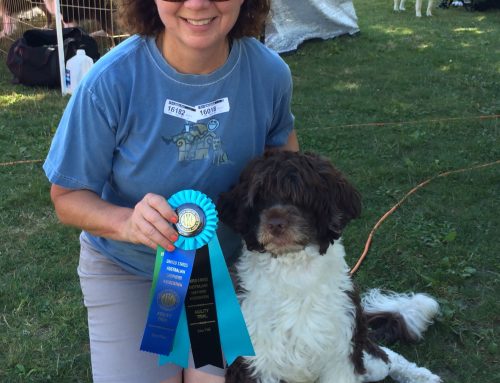 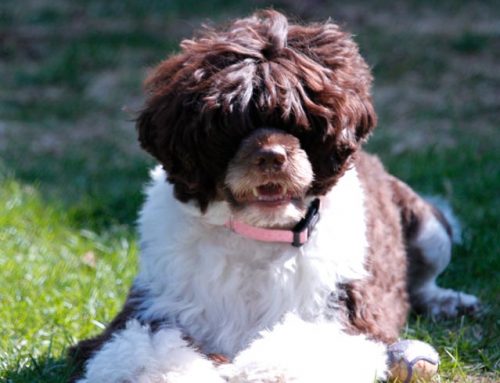